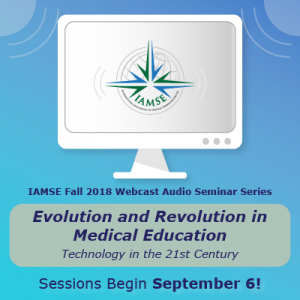 [The following notes were generated by Mark Slivkoff.]

Questions asked after seminar:
(Note that some questions and/or answers have been reworded for clarity)

Do you suggest any starter tools to get your feet wet in the technology?
Recommend that you collaborate (with gaming folks, the software folks). It’s simple to get started with 360 degree camera. Higher end creation requires software such as Second Life. And you’ll need a programmer who knows Unity or Unreal Engine (software).

Where is the market going?
Single software use for all purposes. Hardware includes the newly released Oculus Quest.

How are your students at The Ohio State University Evaluated?
Pre and Post Tests are administered. Working on building the mass casualty training system similar to games in that there are various difficulty levels. Must pass one level before moving to the next.

Have you received any pushback from certain populations (e.g. students who get sick)?
There has been very little pushback but we have to have alternatives. Enhances in technology should mitigate the sickness factor.

Has VR or AR been mapped to high fidelity mannequins?
Not yet, but someday it is bound to happen. Companies are trying to merge the two. Seeing different things inside the same mannequin is an example.

What about procedural skills such as suturing or lobotomy?
This is much further down the road. The main problem is that there are no commercially available gloves yet that allow for haptic feedback.

You showed a couple VR anatomy simulations. What were they?
3D Orgnan VR Anatomy and Microsoft HoloLens Anatomy.

You showed the Google Cardboard. What’s the entry point for medical education?
Invest in Oculus Rift or HTC Vibe, plus the computer. But Google Cardboard is a great starting point. We’ve recently attended a conference and had a bunch of headsets at our poster.